The absence of closed caption, cc subtitles precludes translation of the entire movie with all the GlotDojo features available. But for movies that are easy to watch without reading all the subtitles, it is enough to translate only certain subtitles. This can be done using screenshots and OCR.

I use ShareX and Google Translate for this, but wish that you consider implementing such a feature in a way that makes it all easier. The setup in ShareX is complex and the time it takes to continue watching the movie is a bit too long. It is not necessary to access a GlotDojo's dictionary, as the purpose is to get a quick hint about the dialogue in an action driven story.

There are other more advanced configurations. With the following method you have to frame the subtitle, each time and copy only one at a time. But it shows that it is possible.

A) Configure a workflow / task from the hotkey menu.

3. In the second field give the new Task an easy description for instance" OCR-text to Clopboard ".

6. Back in the" ShareX - Hotkey setting window ", press on the rectangular button marked  “none” on the right side of the task name for the workflow task you just configured.

7. Press the key or key-combination you want for the text-OCR hotkey and exit for instance F3.

1. When the open subtitle is displayed press the hotkey (F3).

2. Double click and hold down the left mouse button to select the subtitle you want to translate.

3. When you let it go the "ShareX - Optical Character Recognition" pops up. Click on "Open in Google translate and close window".

4. The recognize text that is in the clipboard is automatically input into Google Translate.

I can make and send screenshots of the ShareX menus if the text is not clear enough according to the description.

In eJOY Learning LLC you can ask and answer questions and share your experience with others! 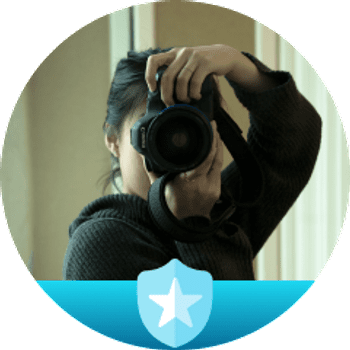 Thank you for your feedback, it's interesting to know how you make it work on open subtitle videos! We do have a pretty similar feature called Capture, where you can make a screenshot and use GlotDojo on the recognized text. Here's the guide.

However, it does not translate automatically, and there's currently no hotkey setting for it like with ShareX. It's a beta version, so if you can, please try it and let me know how you'd like it to improve. We would love to hear your feedback!

I appreciate being asked for views and suggestions for improvements. I need some time, but will provide feedback on how I experience Glot Capture.

MY EXPERIENCE OF GLOT CAPTURE

My main purpose with Glot Capture is to use it to translate certain subtitles get quick tips on what conversations are about in QIN Empire 1 Since QIN is driven by action, I do not need all the subtitles to enjoy watching.

For this use Glot Capture is fully usable and useful. When you know the program, it is easy to take a picture of open subtitles and get them translated quickly before looking further at the drama.

I experienced the Click and Drag function as good and stable. It is easy to see which area you have chosen before you drop and take the screenshot.

As expected, as a new user of Glot Dojo OCR Capture and Glot Dojo lookup, I have experienced some uncertainty and confusion. Some uncertainty is associated with the setting. It is not so easy to know the following of the choices one makes without some guiding setting tutorial that shows the context in detail.

As a beginner, you may want the adjustment in the design that gives a better overview. A more consistent use of terms and icons will be an advantage. 'Setting' has been translated into 'Alternativ' in the main menu. It will also be an advantage if tips are linked to all clickable icons and links found in the windows and sections.

The Glot Capture icon and text should be the same in all menus. When you point to the settings wheel, a tip text appears where it says settings. All icons and links should have corresponding hover help.

a) Give the transparent (first) window a title at the top that identified the item. “Glot Capture - Select and Capture Screenshot region”

"Left-click and drag over the image-region you want to capture, and use for lookup and or save."

b) Give the second window a title at the top that identified the item.

The window should either have the same functionality as ordinary Windows or the anchor pin function that makes it possible to center the window.

Improve the menu in the title bar. Setting and Close, which have help bubble, give the same to Redo capture region, refresh and "Show saved images".

The Captured Image section was confusing to me. Nothing happened when I clicked on the image with captured images.

When I click on the link: add, the image was added to the list, which is displayed when you click on the list symbol in the common menu at the top of the window. I myself have no use for this as I use the program. In terms of design, I would like a more comprehensive link text that says what to add and where.

The "Text from image" section covered my need to be able to quickly see a subtitle translated.

Until I discovered that I could get an entire subtitle translated in Glot Dojo without copying to Google, the Edit and Copy features were very useful. I then missed a Copy and Close feature that could help me get back to Youtube quickly. After some use, I have discovered that Esc quickly takes me out of the program.

1) The ability to launch Glot Capture in full screen mode at the touch of a button.

2) Small design adjustments as mentioned in the text above.

4) A guiding Glot Capture setting tutorial that shows the connection between choice and result in detail.

5) Export and import of Capture setting with the ability to name the setting name is missing.